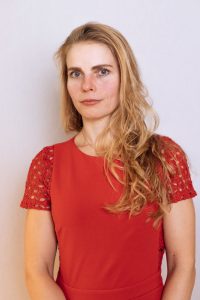 Andrea is a trained chef and has gained a 1st class degree BSc in Nutrition and Health from Roehampton University. Since 2015 she has been working as the PA to the GM at the OXO Tower Restaurant, Bar and Brasserie. Here she leads on their corporate social responsibility projects. In this role representing the restaurant, she led the business to win the Food Made Good Community Champion by the Sustainable Restaurant Association in 2017 and had them nominated again in 2019.

Andrea is involved in a broad range of community projects and initiatives. She continues to use her chef’s skills annually in support of charities such as Action Against Hunger, Crisis and Food Cycle, this engagement was the precursor of her involvement during the COVID crisis with the Bia Project at the Irish Centre Lewisham and the second project helping to set up the OXO Community Kitchen for which she was nominated as the Food Hero of the Year 2020.

Why Andrea Zick was nominated

The Bia Community Project, situated in the Irish Centre in Lewisham, an area which has a high level of food insecurity, stopped all its weekly activities and immediately created support for those who had to self-isolate at the beginning of the first national lockdown. The Irish Centre does not employ a chef nor a nutritionist so Andrea offered her skills and expertise as a volunteer and started cooking the first 24 meals on the 15th April 2020.

At the same time, the OXO Tower ceased to operate, all the chefs were furloughed and the kitchen was lying idle with a lot of surplus food.  So Andrea used her experience from Lewisham as a template for setting up the OXO Community Kitchen.  The OXO Tower Restaurant, Bar and Brasserie had already been supporting StreetSmart for over 20 years.  So with a passion to reduce food waste, the need to fight food poverty as a result of Covid-19, along with the two professional kitchens not being used and a team of staff on furlough expressing an urge to volunteer, the OXO  Community Kitchen was born.  With a desire to help, the OXO Tower Restaurant then reached out to several great London charities in need of a kitchen.

The Oxo Community Kitchen built on its existing relationship with StreetSmart and began a new relationship with FoodCycle, Streets Kitchen, Feast With Us, Coin Street and Tennis2Be. .  The OXO Tower’s furloughed team of 22 from all areas of the restaurant volunteered their time to cook the meals.  Starting small in the first week with 30 meals, OXO Community Kitchen ended week four by preparing over 1,400 meals per week. Over the eight week period, the OXO Community Kitchen delivered more than 10,000 meals to five London Boroughs, to five different charities by utilising surplus food and a team of volunteers to deliver.

What Andrea Zick has to say…

“I am thrilled to have won this award and while I was personally recognised, this work would not have been possible without the help of so many others. Dedicated people, some of whom I have only gotten to know in this year of crisis, such as the team from the Irish Centre and Catford Fridge in Lewisham. Secondly, this is also an incredible credit to the team at the OXO Tower Restaurant who bought into the idea of using the space for community meals. Without the leadership of the business and our many community contacts from various routes, we would have not been able to help so many people. A big thank you must go to the team at OXO.”

View the Powerpoint slide and video 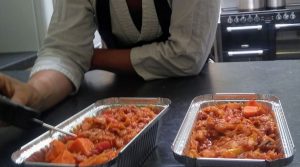 CarolineWalkerTrust  @CWTFood
We’re searching for the #FoodHero of 2021, got someone in mind? Nominate them today by clicking here: https://t.co/ciUOKo8aIF
reply retweet favorite