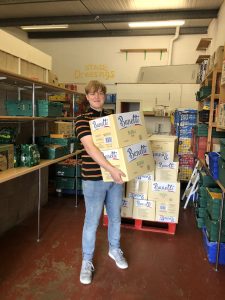 Their projects aim to help those facing barriers to nutritious food, on the grounds of accessibility or affordability, to overcome them with dignity and without stigma.  Projects include Citizen’s Supermarkets, Children’s Kitchens, Pathways from Poverty and Healthy Holidays.  Each project uses good food as a catalyst for improving people’s overall health and wellbeing – in households covering the entire age spectrum and for tackling poverty in a holistic manner.

Why Feeding Britain was nominated 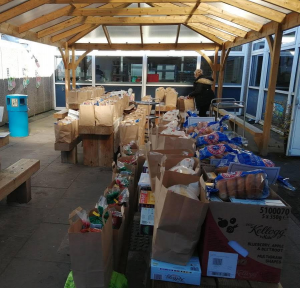 Feeding Britain has sixteen regional partnerships encompassing over 150 local organisations, including community centres, public health officials, schools, GPs, advice agencies and food banks.  Projects are all tailored to support groups who are at risk of hunger, malnutrition and food insecurity.  These range from families with babies and young children, school children from low-income households, working-age adults on low wages or experiencing difficulties with the benefits system and pensioners who are isolated and suffered life-altering events.  Over 20,000 people annually benefit directly from Feeding Britains’ projects, while policy changes Feeding Britain has secured affect at least four million households.

An excellent example of the work Feeding Britain undertakes is the ‘Food and Fun’ clubs.  Five years ago, Feeding Britain began piloting ‘Food and Fun’ clubs to provide regular access to nutritious meals and enriching activities for children and their families during the summer holidays.  The pilot has since been extended to other school holidays, and expanded through the Feeding Britain network, to the extent 90,000 meals were administered annually. The projects quickly developed an ability to increase children’s intake of fresh, nutritious produce, to strengthen family and community bonds, and to introduce cooking skills in a fun and engaging way. 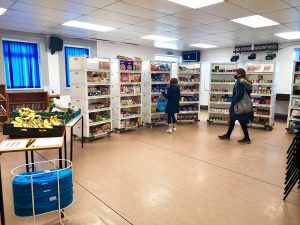 From one project to the next, Feeding Britain applies the same enthusiasm to work at grassroots to relieve hunger and poverty while at the same time, raising their concerns at the House of Commons to implement policy changes which affect millions of UK residents.

What Feeding Britain has to say

Andrew Forsey, Director of Feeding Britain, says: “The social Dunkirk of an emergency operation, being put into action across our network, is protecting tens of thousands of people from hunger and destitution. The provision of wraparound support as well is improving people’s longer-term ability to access and afford the food they need to live healthily.”

“We owe a debt of gratitude to the staff, volunteers, and supporters across the Feeding Britain network who, on a daily basis, transform people’s lives with good food. This award from the Caroline Walker Trust is a fitting reflection of their hard work.”

CarolineWalkerTrust  @CWTFood
From May 17 we can finally enjoy an afternoon tea outside with colleagues, family & friends (up to 30). Join us to… https://t.co/FgdZD5eJTh
reply retweet favorite
Load More...